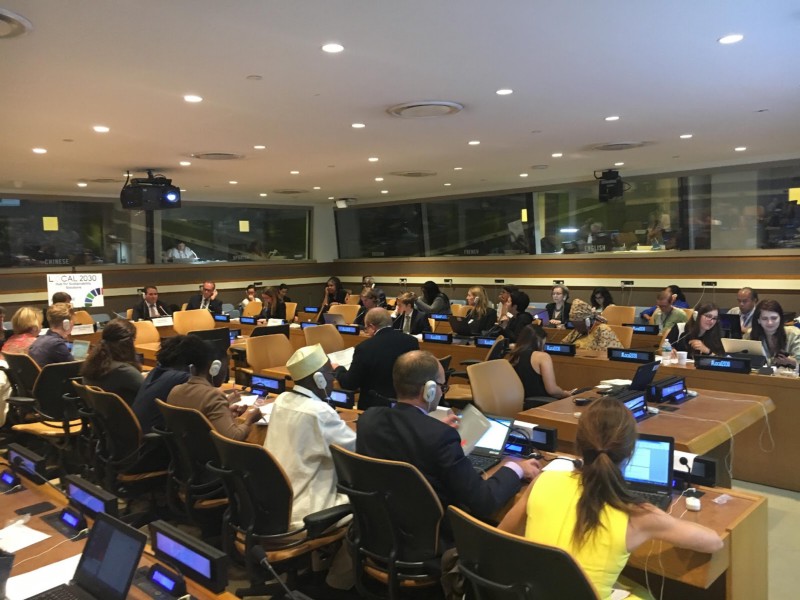 Climate change is humanities’ biggest challenge for the rest of the century since it poses a fundamental threat to the availability of natural resources, and consequently maintaining people’s livelihoods.  However, as science has made it clear, there are ways to mitigate the environmental danger through the investments in the production and consumption of clean energy and energy efficiency technology, which could alone reduce one third of global emissions.

While some nations hesitate on shifting towards a sustainable economy, and others openly retreat from it, Mexico and the State of Jalisco have demonstrated that climate change and a green economy are part of their development priorities through their respective commitments to the Paris Agreement and the Compact of State and Regions. In this regards, Aristóteles Sandoval, Jalisco’s incumbent Governor, has taken a prominent position at the domestic level by facilitating the increase of clean energy production and consumption by joining forces with the national, local and international private sector

Due to the economic and demographic exponential growth of Jalisco’s capital, Guadalajara and its metropolitan area,  the city has experienced a historic rise in the carbon dioxide emissions due to an energy demand increase. To address this challenge, Jalisco´s state governments established a strategic public-private partnerships (PPPs) with leading companies in the sustainable energy sector, namely Fortius and Power, with the objective of executing high impact projects that helped provide clean and affordable energy.

Through the PPP with Fortius and Power, it was possible to expand the installation, maintenance and operation of 70,000 eco-friendly and energy efficient LED light bulbs for the public lighting system of Zapopan, the second most populated municipality that comprises Jalisco’s capital. The net worth of the contract was of over USD $238 Millions.

The second projects developed through this PPP was the construction of Fortius’s “Jalisco 1” solar park dedicated to the production of photovoltaic (PV) energy, through which the company is harnessing solar power – Mexico is a natural powerhouse due to its privilege geographical position – to satisfy the energy demands of the private and public sector in the region, including Zapopan’s public lighting system.

Fortius, through its sister Company Fortius Solar, has helped build a clean and affordable energy source that provides sustainable power to the region. This new plant represents their steadfast commitment to Mexico’s energy reform by delivering solar power for the benefit of the local community, the environment, and the strengthening of a green economy in general.

The energy park, with a current capacity to generate 8 mega-watts of power, is the first in a series of Fortius projects in the State of Jalisco. Soon the Jalisco 1 plant will be expanded to a second park, Jalisco 2, which will add another 8 mega-watts of solar energy to the grid, adding a total of 16 mega-watts.

As a result, Fortius and Power are helping Mexico’s fourth most populous state keep its commitment towards the recent national energy reform launched by the federal government, in addition to their own social and environmental responsibility. As an example of these environmental commitment, just with two first projects they are helping to avoid 10 million tons of carbon to the atmosphere per year for at least the next 18 years.

By investing in low-carbon technology using Mexican-developed practices, the company has been able to keep costs low, allowing efficient public lighting and clean energy available to more governments, all while safeguarding the environment, public health and stimulating a green economy. Furthermore, thanks to this projects, both companies and the involved local and regional governments have gained notoriety as an international example of smart grid solutions. Based on this, Fortius & Power was recently invited to participate in the Local2030 Special event at the High Level Political Forum (HLPF) at the UN HQ in New York in order to showcase its experience

Finally, at the national level, as Mexico prepares to meet future energy demands, it must continue to go beyond the energy reform and continue supporting the investment in sustainable energy projects as the afore mentioned, especially at the local level, that preserve the nation’s resources, help stabilize energy costs for consumers, and provide jobs and stability for its citizens. For this, is it is necessary to continue devoting resources to reduce development costs and to connect with the main grids, as well as to develop stronger cooperation mechanism with regional and city governments that facilitate the creation of local PPPs.

*For this project, Power, composed of synergetic and entrepreneurial manpower under the leadership of its Founding Partner Mr. Eduardo Riguero Escoto, joined forces with Fortius, founded by Mr. Sergio Alcalde Delgado, to create Fortius & for Zapopan’s.